The most obvious sign of inflation in France is the price of gasoline. My Ukrainian cabdriver explained to me how difficult life has become as the result of unrestrained price hikes. Electric chargers dot the streets, but so far, I have only seen luxury vehicles attached to them.

Europe in in the midst of an ambitious effort to reduce energy use as it attempts to transition to alternative sources of energy. France is uniquely positioned to make the transition to electric vehicles, appliances, and heat. Unlike most countries, electricity in France overwhelmingly comes from hydropower and nuclear power. Yet even France faces a staggering challenge. Here on the Côte d’Azur, there is virtually no parking, few people have a garage, and many people drive scooters that they park in any available outside space. As I noted in a previous blog post (read here), President Macron has ordered a significant increase in nuclear capacity, but the physical challenge of digging up these ancient roads and installing thousands of miles of copper wire is daunting.

There will likely be continued pressure on the price of basic materials as the result of these efforts. While the effect will be felt globally, inflation in Europe is not the same as inflation in the United States. Inflation in Europe is mostly the result of price shocks caused by the tragedy in Ukraine. In the U.S. we are experiencing a classic Milton Friedman monetary problem. Simply put, we have too many dollars chasing too few goods. Harvard economist Jason Furman recently pointed out in The Wall Street Journal that U.S. core inflation, with volatile energy and food stripped out, “grew by about 6.5% over the last year.” Core inflation grew “only 3.8% in the euro area.”﻿﻿ * Europe is very densely populated, which lends itself to efficient public transportation. A bus ticket costs €1.50 and one can go pretty much anywhere, so the pain is felt more by my cabdriver and others like him than it is generally.

By the way, the €2.33/liter displayed in the photo that I took in the Village of Èze last Saturday converts to $11.38/gallon. Next week I shall attempt to explain the upcoming legislative elections and the significant changes happening in French politics. 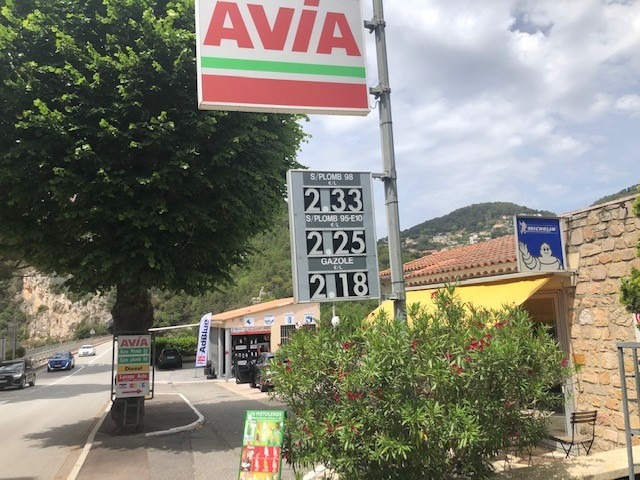 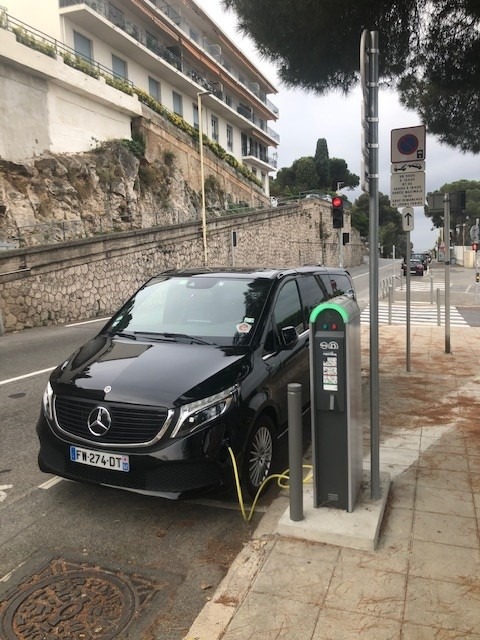 * Furman, J. "The U.S. and Europe Have Different Inflation Problems:
It’s more painful on the Continent but more persistent and demand-driven in America". The Wall Street Journal, Online | Commentary, June 06, 2022. https://www.wsj.com/articles/america-and-europe-have-different-inflation-problems-energy-food-prices-cost-11654541096?mod=Searchresults_pos1&page=1. Accessed on 06.09.2022.